What is faith and what does bible say about it? | Promi Hill

What is faith and what does bible say about it?

Why does God give us 4 Gospels? 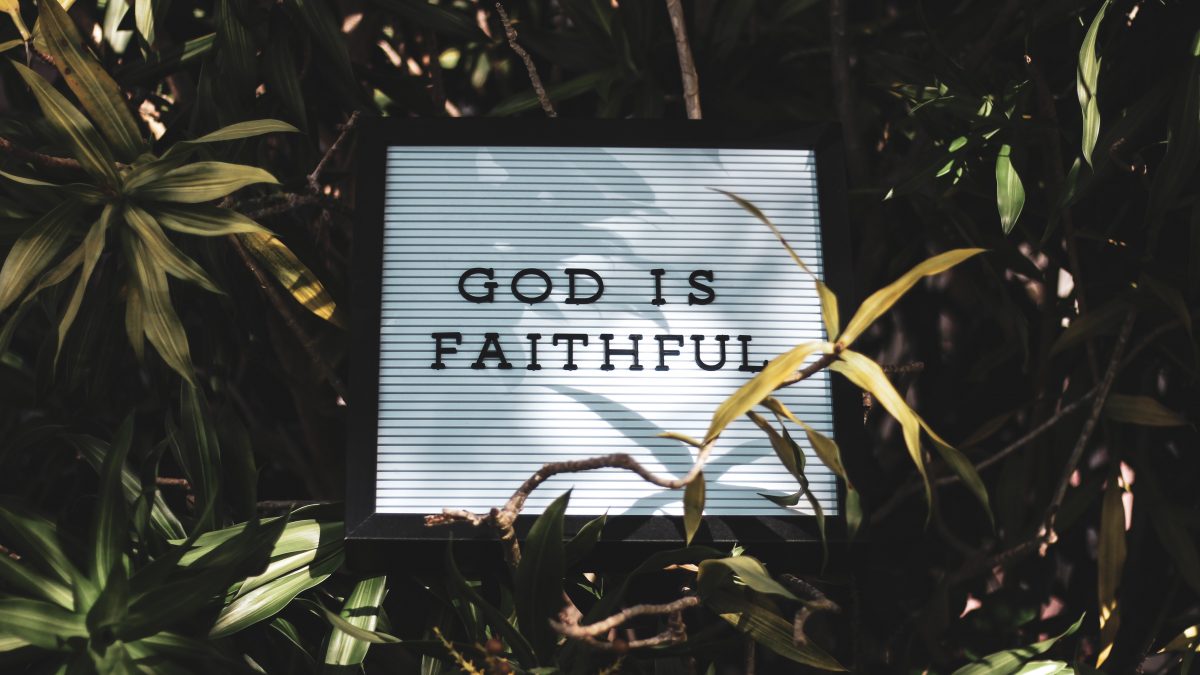 In Christian life, we can say nothing is more important than faith. It is something we cannot earn, purchase and receive from our family or friends. So what on earth is faith and what does faith play in believers’ lives? Figuring out these questions is extremely significant for all of Jesus’ disciples especially during these times of uncertainty, as God is always greater than the highs and lows. The Holy Bible has much to say about faith, where it comes from, and how important it is.

For Christian believers, it is not necessary to worry about or be ashamed of the fluctuation of your faith. It is natural for all to feel a bit of lack of faith and then to receive comfort and certainty through a daily walk with God. Undoubtedly, God is always watching over you, no matter in good times or bad times. As the Bible is the main source to know about God and help reignite trust in Him, even when you cannot see and feel Him. Having a better understanding of what the Bible says about faith will help you go through hard times and connect you more to the Lord even in good times.

Biblically, what is faith?

In short, faith is believing in God and fully trusting in His Words, even sometimes you cannot understand or see. When it comes to our daily life, faith is more than just a feeling, but living a life of trust in God’s goodwill. It is fully based on the message of the gospel, the work Jesus has done on that cross. Christians live a life of faith through obedience to the Lord and acts of service. The best resource for understanding more about faith is the Bible.

Where does faith come from?

Faith is not something we are naturally born with or a result of study or reading. People cannot earn it by doing any good work. According to Ephesians 2:8-9,

8 For it is by grace you have been saved, through faith—and this is not from yourselves, it is the gift of God— 9 not by works, so that no one can boast.

Faith is not from ourselves, but only the gift of God. We don’t deserve it as we are saved merely by grace. Our good work is never good enough to make salvation happen. Faith is simply given to us by God, according to His plan and purpose, and because of that, He gets all the glory.

Faith is the main distinction between God’s chosen people and those non-chosen. He put faith in His people’s minds so they can be saved and live a life of trusting Him. Faith is the way through which we can please the Lord. 6 And without faith, it is impossible to please God because anyone who comes to him must believe that he exists and that he rewards those who earnestly seek him. (Hebrews 11:6) But importantly, having faith is not a way to exchange what we want from god. To be clearer, walking by faith is a natural response to the gospel and God’s Words for believers. Specifically, in books of the gospel in the Bible, we witness a number of perfect examples of this. Jesus said “Your faith has saved you” many times.

Finally, faith is what sustains us to the day we meet God, knowing that with faith, we will eventually be in heaven with God, our Creator forever.

8 Though you have not seen him, you love him; and even though you do not see him now, you believe in him and are filled with an inexpressible and glorious joy, 9 for you are receiving the end result of your faith, the salvation of your souls.

Now faith is confidence in what we hope for and assurance about what we do not see.

I pray that out of his glorious riches he may strengthen you with power through his Spirit in your inner being, so that Christ may dwell in your hearts through faith. And I pray that you, being rooted and established in love.

For we live by faith, not by sight.

And without faith it is impossible to please God, because anyone who comes to him must believe that he exists and that he rewards those who earnestly seek him.

Then Jesus said, “Did I not tell you that if you believe, you will see the glory of God?”

Because you know that the testing of your faith produces perseverance.

Though you have not seen him, you love him; and even though you do not see him now, you believe in him and are filled with an inexpressible and glorious joy, mark for you are receiving the end result of your faith, the salvation of your souls.

“‘If you can’?” said Jesus. “Everything is possible for one who believes.”

Jesus said to her, “I am the resurrection and the life. The one who believes in me will live, even though they die; and whoever lives by believing in me will never die. Do you believe this?”

Accept the one whose faith is weak, without quarreling over disputable matters.

With man this is impossible, but with God all things are possible.

Through 11 Hebrews, good examples and deeds of faith are listed. Read this chapter carefully and again and again to understand that the existence of faith is demonstrated by action.

11 Now faith is confidence in what we hope for and assurance about what we do not see. 2 This is what the ancients were commended for.

3 By faith we understand that the universe was formed at God’s command, so that what is seen was not made out of what was visible.

4 By faith Abel brought God a better offering than Cain did. By faith he was commended as righteous, when God spoke well of his offerings. And by faith Abel still speaks, even though he is dead.

5 By faith Enoch was taken from this life, so that he did not experience death: “He could not be found, because God had taken him away.”[a] For before he was taken, he was commended as one who pleased God. 6 And without faith it is impossible to please God, because anyone who comes to him must believe that he exists and that he rewards those who earnestly seek him.

7 By faith Noah, when warned about things not yet seen, in holy fear built an ark to save his family. By his faith he condemned the world and became heir of the righteousness that is in keeping with faith.

8 By faith Abraham, when called to go to a place he would later receive as his inheritance, obeyed and went, even though he did not know where he was going. 9 By faith he made his home in the promised land like a stranger in a foreign country; he lived in tents, as did Isaac and Jacob, who were heirs with him of the same promise. 10 For he was looking forward to the city with foundations, whose architect and builder is God. 11 And by faith even Sarah, who was past childbearing age, was enabled to bear children because she[b] considered him faithful who had made the promise. 12 And so from this one man, and he as good as dead, came descendants as numerous as the stars in the sky and as countless as the sand on the seashore.

13 All these people were still living by faith when they died. They did not receive the things promised; they only saw them and welcomed them from a distance, admitting that they were foreigners and strangers on earth. 14 People who say such things show that they are looking for a country of their own. 15 If they had been thinking of the country they had left, they would have had opportunity to return. 16 Instead, they were longing for a better country—a heavenly one. Therefore God is not ashamed to be called their God, for he has prepared a city for them.

17 By faith Abraham, when God tested him, offered Isaac as a sacrifice. He who had embraced the promises was about to sacrifice his one and only son, 18 even though God had said to him, “It is through Isaac that your offspring will be reckoned.”[c] 19 Abraham reasoned that God could even raise the dead, and so in a manner of speaking he did receive Isaac back from death.

20 By faith Isaac blessed Jacob and Esau in regard to their future.

21 By faith Jacob, when he was dying, blessed each of Joseph’s sons, and worshiped as he leaned on the top of his staff.

22 By faith Joseph, when his end was near, spoke about the exodus of the Israelites from Egypt and gave instructions concerning the burial of his bones.

23 By faith Moses’ parents hid him for three months after he was born, because they saw he was no ordinary child, and they were not afraid of the king’s edict.

24 By faith Moses, when he had grown up, refused to be known as the son of Pharaoh’s daughter. 25 He chose to be mistreated along with the people of God rather than to enjoy the fleeting pleasures of sin. 26 He regarded disgrace for the sake of Christ as of greater value than the treasures of Egypt, because he was looking ahead to his reward.

27 By faith he left Egypt, not fearing the king’s anger; he persevered because he saw him who is invisible. 28 By faith he kept the Passover and the application of blood, so that the destroyer of the firstborn would not touch the firstborn of Israel.

29 By faith the people passed through the Red Sea as on dry land; but when the Egyptians tried to do so, they were drowned.

30 By faith the walls of Jericho fell, after the army had marched around them for seven days.

31 By faith the prostitute Rahab, because she welcomed the spies, was not killed with those who were disobedient.[d]

32 And what more shall I say? I do not have time to tell about Gideon, Barak, Samson and Jephthah, about David and Samuel and the prophets, 33 who through faith conquered kingdoms, administered justice, and gained what was promised; who shut the mouths of lions, 34 quenched the fury of the flames, and escaped the edge of the sword; whose weakness was turned to strength; and who became powerful in battle and routed foreign armies. 35 Women received back their dead, raised to life again. There were others who were tortured, refusing to be released so that they might gain an even better resurrection. 36 Some faced jeers and flogging, and even chains and imprisonment. 37 They were put to death by stoning;[e] they were sawed in two; they were killed by the sword. They went about in sheepskins and goatskins, destitute, persecuted and mistreated— 38 the world was not worthy of them. They wandered in deserts and mountains, living in caves and in holes in the ground.

39 These were all commended for their faith, yet none of them received what had been promised, 40 since God had planned something better for us so that only together with us would they be made perfect.

Turn your eyes upon Jesus 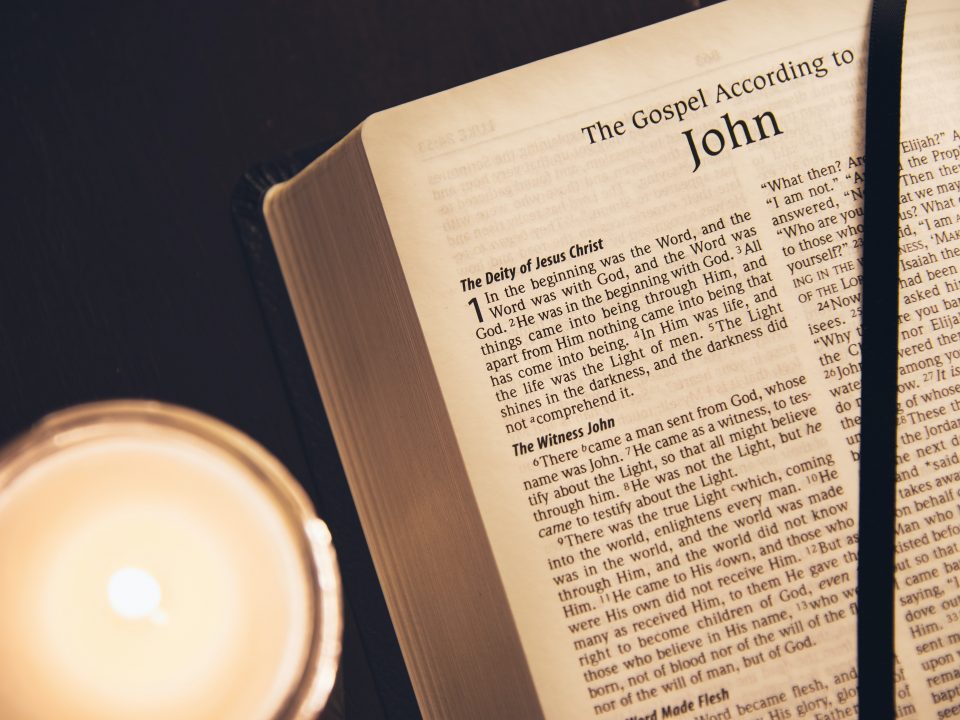 Why does God give us 4 Gospels? 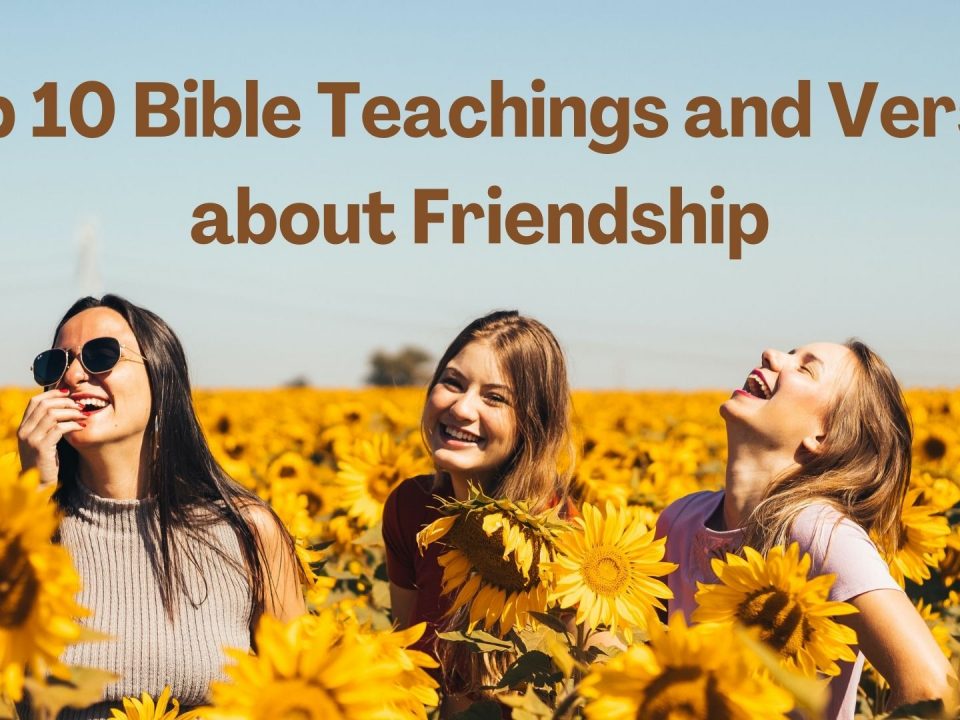 What does Bible Say about Friendship?

Your cart is currently empty.